How to Not Control Everything and Be Free 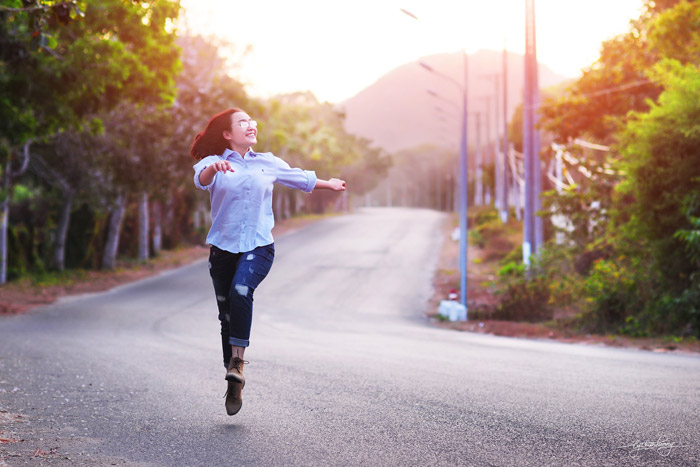 Are you trying to control everything?

Do you need everything to be just the way you want it to be?

Do you find it difficult to let go even though you know it’s holding you back from freedom?

Most of us approach life like this. It is as though we are hanging from a pole and afraid to free-fall. We want to control every aspect of our lives. So we grab onto our goals, relationships, and work so tightly until we suffocate and kill them eventually.

Why Let Go of Control?

Real freedom comes from letting go of control. To fall freely, you need to let go.

Wanting to control is the same as wanting to be controlled.

Take parenting for example. As a parent, you might set rules and regulations for your children. When your children disobey you, how do you feel? Do you get angry, disappointed, or upset? Even though you seem to be the one in control, you are actually the one being controlled by your children. Their behaviors determine your mood.

So how could you have freedom, when you keep wanting to control everything.

Here’s how to stop trying to control everything and just let go.

1. Understand why you want control.

Most people want to control because of fear.

Whatever it is, address your underlying fears or emotions. Ask yourself: “What are you afraid to lose from letting go?”

Realize that the more you want to control, the less control and freedom you have. Many people don’t wish to let go of their control because they are afraid that once they let go, they lose control. However, that isn’t true.

Letting go of control is not the same as losing control.

If you have been trying to control every aspect of your life, it’s difficult to let go all at once. Instead, it’s advisable to let go of one thing at a time. Start with the small things first.

Rather than having everything in order, allow your desk to be messy once in a while. Rather than being in control of a group conversation and the one speaking all the time, allow other people to talk and just listen. Rather than sticking with the same routine every day, change it up a little and be spontaneous.

It takes practice but the more you do it, the better you get about letting go of control.

Let go by delaying your need to control.

Whenever you have the urge to control something or someone, let it go by delaying. For example, if your kids have made a mess in his room, don’t instantaneously react to them by asking them to pick up the stuff. Let it be messy for a moment. Delay your need to control. You can always ask them to clean up later. But just for the moment, let go of your need to control and see how you feel.

Most people will discover their urge to control diminishes when they do that.

I used to plan every hour of my life to the fullest. I had a long to-do list and I tried to cram as many things as possible into my day. What I realized is that I hardly get all the things done and I was stressed over it. Furthermore, I spent too much time planning instead of getting things done.

Overplanning is a form of trying to control everything. You want everything to be perfect and go according to plan. But you didn’t leave any room for mistakes, surprises, or unpredictable events. Then, you wonder why you never achieve what you want and beat yourself up for that.

Now, I’ve learned to include space in my daily schedule and to plan loose. If I think I can finish a task within an hour, I usually plan for two hours. Especially for writing, sometimes I’m just stuck. That’s beyond my control.

So I give myself a lot of space to be patient and let the words flow out naturally. I allow unexpected events to come up and screw my schedule.

Have a plan, but don’t map out everything. Leave a little room for fun and spontaneity.

4. Manage or let go of your expectations.

Expectations are strong beliefs that something will happen in the future. It’s nothing but a belief and all beliefs are limiting in nature. The more expectations you have, the more control you require to keep your expectations met.

There’s a risk of disappointment in every expectation.

But you argue, “Isn’t it fair to expect my partner to take out the trash or remember my birthday or our anniversary?”

Sure, you can have expectations, but be prepared that your expectations would not be met. People forget to do things for whatever reason. Don’t turn it to a “he/she doesn’t love” or “if he/she loves me, she would have…” kind of drama. It’s your expectation that’s creating all the suffering. That’s the game of expectation if you choose to play.

5. Be willing to change.

Realize that the person who needs change the most is yourself.

If you don’t want other people to distract you at work, ask yourself, “Have you set boundaries and communicate your boundaries clearly to your colleagues?” If you want your children to do something, have you led by example and done it yourself? If you want your partner to spend more time with you, have you taken the effort to schedule a time for it and plan for activities?

By changing yourself doesn’t guarantee that other people do what you want. But at least, you have done your part. In most cases, control isn’t what you need most, change is.

Life has a certain flow to it. If you are willing to tap into the flow, you will be able to ride the flow. Resist the flow and you find yourself struggling.

You have plans, but life has other plans for you.

What should you do? Defy the higher power? You can never win the roller coaster. If life moves you in one direction, no matter how you resist and fight, you are just wasting your energy. Eventually, you are going to lose.

Change your worldview about life. Work with life, not against it. If you think that life is beautiful and on your side, you won’t try so hard to control everything. You would be open to the opportunities it brings and accepts whatever it gives you.

Something is just beyond your control. Only control what you can control.

← Previous Post: The 10 Things You Need To Let Go To Be Happy Next Post: How to Deal with Controlling People in Your Life →